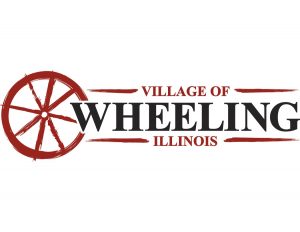 Get in Touch Wheeling!

Hey Wheeling! Fall is just around the corner! Be prepared and safe this burning season by having your chimney cleaned and inspected! Call 847 994 4388 or email today!

The Village of Wheeling is located 23 miles north west of Chicago’s downtown. It is mostly located in Cook County and has a population of approximately 38,000, therefore making it a fairly large Chicago suburb, with lots of expected growth. There are many great schools in Wheeling, such as Tarkington Elementary School, Jack London Middle School, Holmes Middle School, and Wheeling High School. Wheeling High School graduates have been accepted to top US colleges like United States Navel Academy, Harvard, Princeton, University of Notre Dame and so on, making it a popular attraction for it’s residents, and those planning on moving there.

Wheeling was incorporated in 1894, as it became an overnight stop for people traveling from Chicago to the Wisconsin Territory. They were traveling along an overland trail which is now known as Milwaukee Avenue (aka Illinois Route 21). At that time, in the 1830’s, a string of hotels, taverns and eateries were established which was the beginning of what is now called Wheeling’s Restaurant Row.

So if you happen to be hungry while vising Wheeling, you’ve come to the right place. There are many highly-rated eateries such as Bob Chinn’s Crabhouse Restaurant, Twin Peaks Restaurant and Sports Bar, Cooper’s Hawk Winery, and Spears Bourbon Burgers and Beer. They all sit along a 3 mile restaurant row on Milwaukee Avenue, therefore it is very convenient to hop from one place to another. There are other highly-anticipated and outstanding restaurants in development such as Boston Fish Market. But if you’re in the mood for Mexican food, look no further, as Wheeling has a lot to offer. Some popular Mexican restaurants located in Wheeling are El Burrito Bronco, Las Islas Marias and Casa Chapala’s Grill.

Some exciting news happening currently in Wheeling, is the development of Wheeling’s very first downtown. It will feature a 100,000-square-foot retail area along with a 10-screen CMX movie theater, which will have reclining leather seats along with dining and cocktail options. The construction of the downtown is going to provide a big and friendly boost to Wheeling’s population.