Get in Touch Des Plaines!

Winter is coming! Be prepared and safe this burning season by having your chimney cleaned and inspected! Call 847 994 4409 or email today!

The City of Des Plaines, which is named after the Des Plaines River, is located just north of Chicago, near the famous O’hare International Airport. The population is just over 58,000 making it one of the larger Chicago suburbs. Des Plaines has a very interesting and unique downtown area, with the Des Plaines River running just east of it. This town has a lot to offer to it’s residents such as excellent school districts, a library (Des Plaines Public Library), beautiful green scenery with many parks and playgrounds, a busy and bustling downtown area, along with many small and large businesses, which provide great revenue for its city. Des Plaines is also located near major interstate highways, such as Interstate 94 and Interstate 294, making it a convenient commute from in and out of Chicago for it’s residents.

One famous attraction located in downtown Des Plaines is the McDonald’s #1 Store Museum. You cannot miss it while driving by, as you feel like you are back in the 1950s! While it is not the very first McDonal’s ever built, but actually the ninth, it holds a very rich history for the McDonald’s Restaurant. This location was opened by Ray Kroc in 1955, and began what has become the most important relationship for the McDonald’s enterprise. It is gated off, and not a working restaurant, but still a beautiful and unique site to see in a modern city. The actual McDonald’s Restaurant was demolished in 1984, but having realized their mistake, McDonald’s built a replica, which is what we see today.

Des Plaines River Trail is another popular attraction located in the city of Des Plaines. It is a beautiful recreational trail, along the Des Plaines River. It includes many sought-out-after activities, such as equestrian sports, winter sports such as cross country, skiing and snowmobiling, along with the typical hiking and walking, and of course bicycling. The views are absolutely breathtaking, therefore, making it an extremely popular attraction for both Des Plaines residents and non- residents. 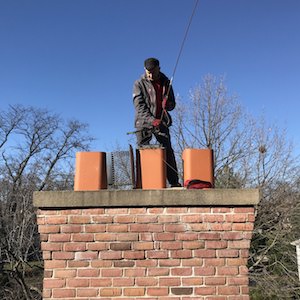