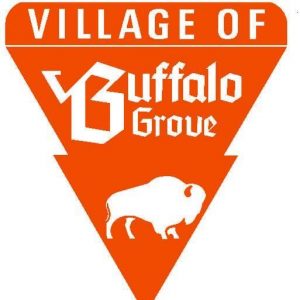 Get in touch Village of Buffalo Grove!

Winter is coming, Buffalo Grove! Be prepared and safe this burning season by having your chimney cleaned and inspected! Call 847 994 4388 or email today!

The Northwest suburb of Buffalo Grove has been included as one of “Fifty Fabulous Places to Raise Your Family” in a nationally published book by the same name, and there’s good reason why. The Village of Buffalo Grove has been one of the fastest growing communities in Chicago’s Northwest suburbs. With its tree-lined streets, well maintained lawns and homes, award-winning school districts, business centers, churches, synagogues, libraries, museums, friendly residents and delicious restaurants, it truly is one of the best places to live.

Buffalo Grove is conveniently located 35 miles northwest of downtown Chicago and overlaps Cook and Lake Counties. In Cook County, the neighboring communities include the Village of Arlington Heights and the Village of Wheeling, while in Lake County, the neighboring communities include Long Grove, Vernon Hills, Lincolnshire, and Riverwoods. With the total population of over 41,000 the population only keeps growing, with eventual population predicted to be 48.000 in the near future.

Unlike many other suburban communities which often display problems and characteristics of rapid urbanization and development, Buffalo Grove has retained the characteristics which attracted its earliest residents, all the way back in 1834. To learn more about the history of Buffalo Grove, one can visit the Raupp Museum, which is operated by the Buffalo Grove Park District. The beautiful Saint Mary’s Church, which was completed 1899, is the oldest building in Buffalo Grove. Lou Malnatis Pizzeria which is a very popular destination, not only for Buffalo Grove residents, but for residents from surrounding communities, is housed in the second oldest building in the village, also built in 1899. Besides the cozy views and delicious food of Lou Malnatis Pizzeria, Buffalo Grove has many other restaurants to offer, from sushi restaurants, to Indian restaurants to Georgian Cuisine. There’s definitely something for everyone!